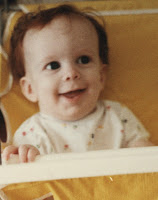 Twenty nine years ago today, my life was drastically altered. My son was born. All 8 lbs 10 oz of him. Normal & healthy is what I was hoping for. But God had other plans.

From birth to 16 months of age, Derek fought for his life. With every ounce of his little being. If he had listened to the doctors, he would have perished. Given up. But being the redhead that he is, his will to live was much stronger than the doctors predictions that he would die. And God had plans for Derek.

He  is 29 today. He is a walking miracle. He's been transplanted now 27 years. Again, a  miracle. Derek is a force to be reckoned with. Everything he is, everything he does, is with all of his being. He loves big. He laughs big. He enjoys life big. But his body is little. And he's still my eternal toddler. Disney World will always be real to him. I know him like he's just an extension of my own body. I guess he is, in more ways than one. It's not every day a child gets a second chance at living with a kidney from his mom. Only God could have made me an almost perfect, almost exact, match for him. Again, a miracle.

He makes other people happy. He somehow knows, when meeting someone, if they need an extra hug that day. He's deaf, but he loves music. I believe he has a special connection with God. I believe God has used him in more ways than I could ever know, to touch people's lives in ways I don't understand. But they do.

Sometimes its very difficult having a special needs child. But the blessings outweigh the hardships, and I would never wish for things to be different for myself or for him. Since he was born, I've cried more tears than I could ever even think of counting, but I've also laughed more than the sum of all those tears because of the joy he has brought me.

Happy Birthday to you, Derek, my Eternal Toddler. I love you more than words could ever say. 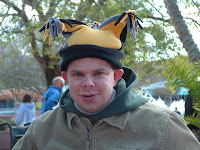 Posted by maneryder at 8:12 AM

I'm Karen Cox, author of Brewed In Love. Thank you for joining me as I share with you the challenges and blessings of living life with a special-needs/medically challenged son, a computer programmer/motorcycle enthusiast husband, a married daughter, a grandson and granddaughter, a small farm of 3 cats, a dog, 9 hens, and 1 rooster. I will share my stories ~ past and present ~ to inspire you, recipes to delight you & adventures to entertain you.

So grab a cup of coffee, sit a while, and let me welcome you to my world!